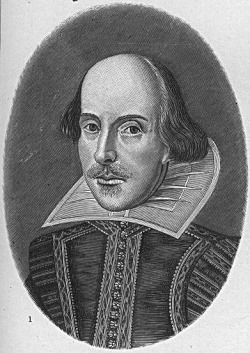 Hamlet is one of Shakespeare's best-known tragedies believed to have been written between 1599 and 1601. The play, set in Denmark, recounts how Hamlet exacts revenge on his uncle for murdering his father King Hamlet, succeeding to the throne of Denmark, and then marrying King Hamlet's widow and mother of Prince Hamlet. The play vividly delves into the course of real and feigned madness—from overwhelming grief to seething rage—and explores themes of treachery, revenge, incest, and moral corruption.

Hamlet is Shakespeare's longest play and among the most powerful and influential tragedies written in the English language. During Shakespeare's lifetime, the play was one of his most popular works, and it still ranks high among his most-performed, topping, for example, the Royal Shakespeare Company's list since 1879.