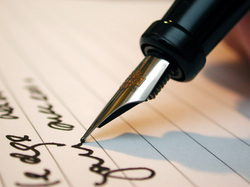 British Literature Novel
Analytical Referential Paper Assignment
Students will read a novel from a suggested list on their own and write a formal referential essay about what they have read. This is NOT a research project but seeks to test what they are able to discern from reading a novel on their own through close reading and interpreting skills. As such, students should not use outside secondary literary criticism, and MAY NOT consult with or cite from “study aids” (Cliff notes, Spark Notes, etc.) or Wikipedia for this assignment. Students are encouraged to use other primary sources such as handbooks to literature, historical and philosophical texts, the Bible, mythology, etc. in addition to the novel.

Once they have finished reading the novel, they will write a character analysis essay. The essay must follow MLA manuscript guidelines including parenthetical citations and a Works Cited page. Papers that are substantially short or that fail to use citations or lack a Works Cited page will not be accepted.  After the essay is evaluated, students will prepare a whole-class presentation on the novel and its analysis.

For the single character analysis, consider the choices the character makes, his/her major physical and mental traits, what the character says about him/herself, what he/she does, whether the character grows or remains the same, or perhaps the character is controlled or determined by some outside force (reputation, society, religion, etc...). Remember you are analyzing, which means you are not only describing what is in the text, but WHY it is in the text.

For the comparative character analysis, students may compare two characters 1) equally without stressing or expressing favor for either, 2) emphasizing one character and use the other to highlight the first (foils), or 3) favor one over the other. Be careful that you do not simply state that two characters are different or similar; you need to develop an analytical thesis.

This essay will be worth 100 points and will be graded for content and support, organization and structure, conventions, and MLA format.